Photo of the Week Submissions Week of October 5, 2016 This photo of the Kalmar Nykle was taken by Bill Hezlep in the Lower Bay, New York, just below the Verrazano Bridge (I-278), the land behind the ship is Staten Island. The photo was taken with a Nikon COOLPIX L830 at 10:26 a.m. on August 9, 2016. The Kalmar Nykle is an official Delaware State Ship, its a replica of the Dutch merchantman that brought the first Swedish settlers to New Sweden in 1638. The phot was taken during M/V Nauset's third and final cruise of 2016; a six week August and September run from Oxford, Maryland to Cape Cod and back. 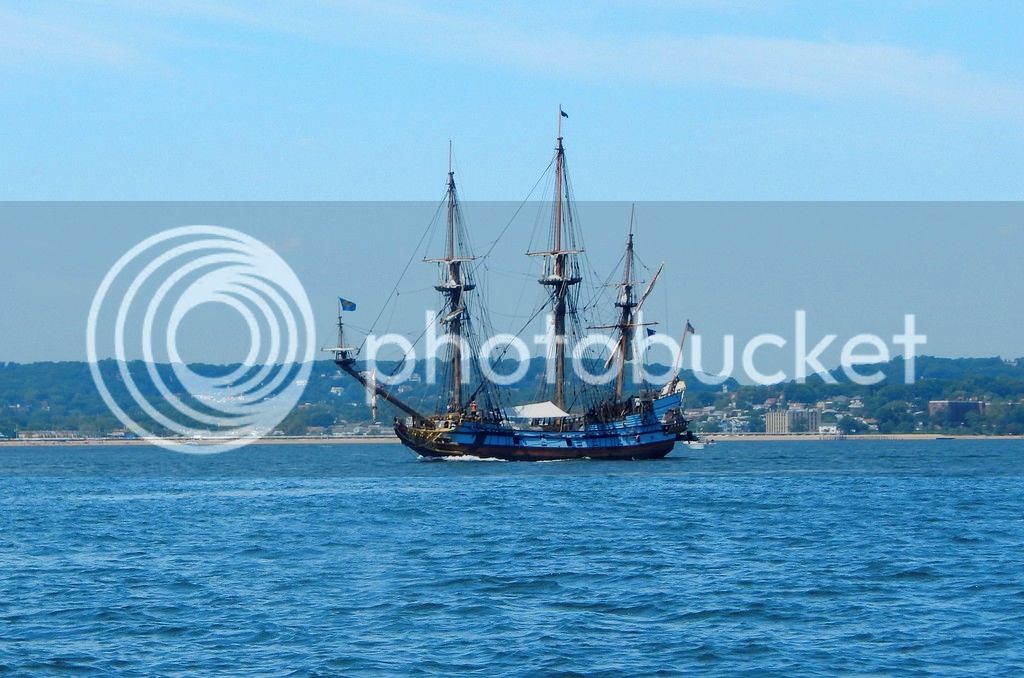 Shot in July while he and July Bob Burke (MarineMax representative for Galeon) moved the boat from the container ship to the water for the northeast tour. These were shot along the delivery route.

The NYC photographs were taken after the Norwalk Boat show on our way to Brick, NJ.  In October we will move her to Maryland for the Annapolis Boat show and then to Florida.